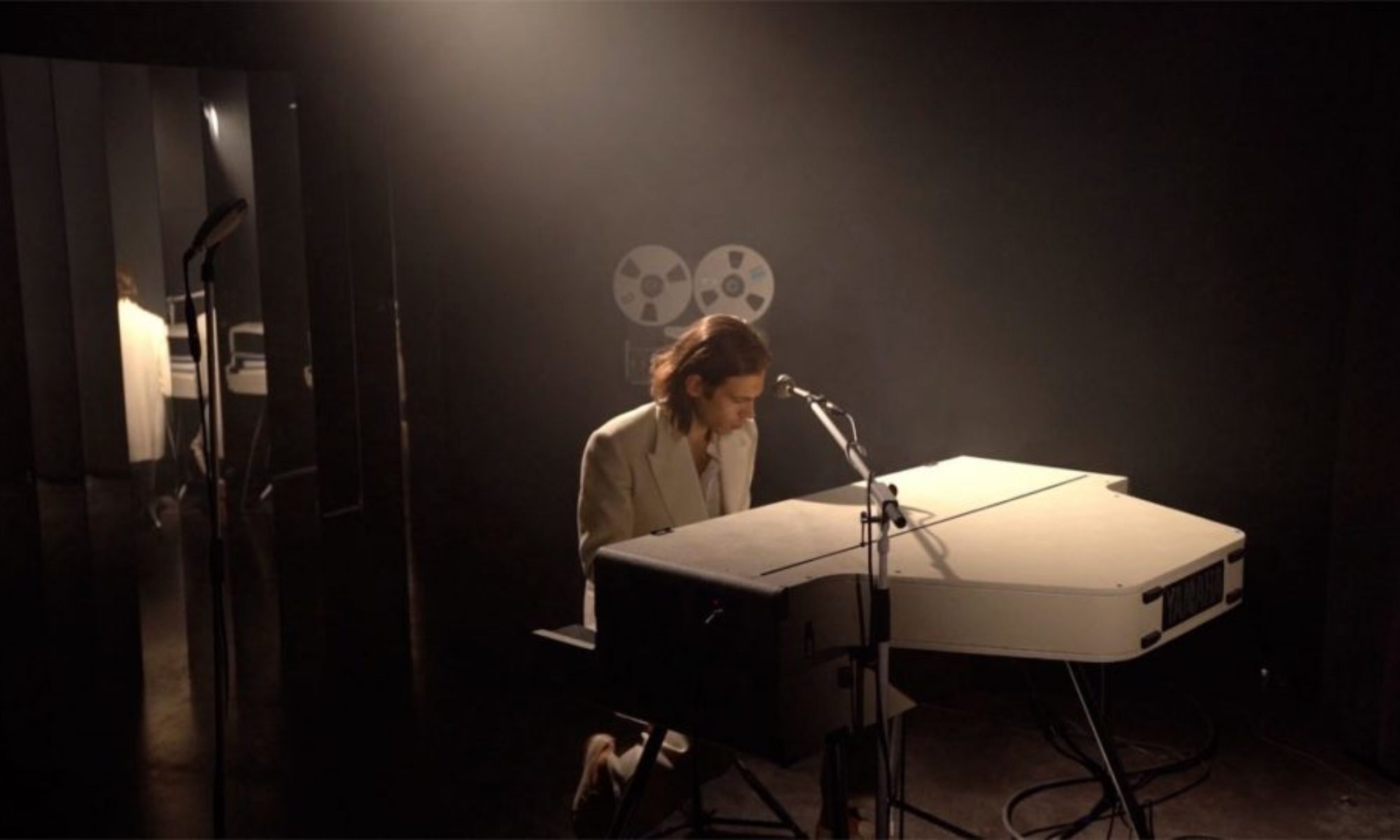 After coming to prominence as the frontman of the Mercury Prize-winning Klaxons, recording with Arctic Monkeys, and crafting his Shock Machine project, James Righton is now set to release his debut solo album ‘The Performer’ on March 13th, 2020.

‘The Performer’ stands in stark contrast to the electro-hedonism of Righton’s work with Klaxons. Instead, it spins through various points from 1970 onwards. It touches on the suave art-lounge of Roxy Music, the jangly grooves of R.E.M., the sumptuous psychedelia of latter day Beach Boys, and the songwriting gift of Nick Lowe. In short, it uses classic elements as the groundwork for something which feels a natural fit for 2019.

Visually, the project finds Righton playing up the role of ‘The Performer’ as depicted in the title track’s video. Filmed by Hugo Campan at DEEWEE, it’s a stylized take on perennial glamour – Righton’s charismatic performance matched by his classic white Gucci suit and an array of vintage equipment. It will also form the basis for the stage set for his upcoming shows in support of the album.

It was recorded at a handful of locations, notably Righton’s home studio, Bryan Ferry’s Studio One. It was subsequently mixed by David and Stephen Dewaele at DEEWEE in Ghent, Belgium.